Summer’s here. And I couldn’t be happier. Well, maybe I could. 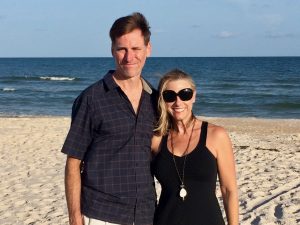 I most definitely could if I were at St. George Island. With a good book in one hand, a fun drink in the other and my family nearby.

To celebrate the season, I’m going to put together my own summer edit with books, drinks, foods (including easy-to-make dinners) and even a DIY or two. I’ll be adding to it over the next month or two as I see new things to share, so please stop back by.

I’ll start with my recommended summer reads. Really, there’s something here for everyone. Fiction. Nonfiction. Short stories. Even fantasy. Some of my picks are brand new. Others have been around long enough to be beach-perfect paperbacks. Several of them are written in ways that are nearly as interesting as the stories themselves. All are worth your time.

All the Light We Cannot See, by Anthony Doerr, won the 2015 Pulitzer Prize, and it remains one of my all-time favorite reads. It’s about a blind French girl and a German boy whose paths collide in occupied France as both try to survive the devastation of World War II.

Behind the Beautiful Forevers is another Pulitzer Prize-winning book. Katherine Boo has made real-life reporting read like a novel. The book is set in the slums of Mumbai. With India prospering, the residents of Annawadi are hoping to find their way out of poverty. They all have different ideas about how to do that.

George Saunders‘s historical fiction about the death of Abraham Lincoln’s son, Willie … and the aftermath is unlike any other book I’ve ever read. Lincoln in the Bardo is a tale peopled with historical characters and others who are entirely made up. It takes place in the world we know and one that’s imaginatively unrecognizable.

The Last Madam by Christine Wiltz is a true story of 1920s New Orleans,  an eccentric woman and French Quarter brothels.  The author drew from interviews and Norma Wallace’s own unpublished memoirs.

Summer-ready short stories in Florida–from Lauren Groff, the New York Times bestselling author of Fates and Furies—offers characters who face down snakes and sinkholes, hurricanes and humidity… and their own self-destructive behavior.

Going abroad? Pack A Bite-Sized History of France. A history lesson has never been so deliciously fun. The authors, Stephane Henaut and Jeni Mitchell, use food and wine as a way to trace French history from ancient times through today.

Fly Girls will land on bookstore shelves in August. In the tradition of Hidden Figures and The Girls of Atomic City, these are stories about amazing women … specifically Amelia Earhart and other female pilots (one from Alabama) who fought to fly.

The Incendiaries by R.O. Kwon comes out in July, and it couldn’t be timelier. It’s a powerful and dark novel about violence, love, faith and loss. A young Korean American woman at an elite American university is drawn into acts of domestic terrorism by a cult tied to North Korea.

Thirteen-year-old Ava Bigtree has lived her entire life at Swamplandia!, her family’s island home and gator-wrestling theme park in the Florida Everglades. But when her family falls apart, Ava sets out on a mission through the swamps to save them all. Karen Russell has written a deeply moving coming-of-age story with characters you’ll not soon forget.

Anatomy of a Miracle by Jonathan Miles is about a paralyzed young man’s sudden and unexplainable recovery is an exploration of faith and science. And in this age of instant celebrity, it’s also about the meaning of life and humanity.

Orange Is the New Black meets Gone Girl in this twisty psychological thriller set in a women’s prison. Debra Jo Immergut has written a real page-turner with The Captives.

From the author of The English Patient, this new novel by Michael Ondaatje is set in the decade after World War II. Warlight tells the story of a small group of eccentric and mysterious characters and two teenagers whose lives are forever changed just by knowing them.

Coming Through Slaughter is the story of Buddy Bolden, the first of the great trumpet players–some say the originator of jazz. The novel is a fictionalized version of Bolden’s life, covering the last months of his sanity in 1907, as his music becomes more radical and his behavior more erratic.

I link to Amazon to show you exactly what book I’m talking about, but I love to shop locally at Church Street Coffee and Books, The Alabama Booksmith, Little Professor Book Center or visit my local library.

I like my summer drinks to be light and often pink. Rosé is my summer wine of choice. But I do love a Juliet and Romeo cocktail. Here’s the recipe from Bon Appetit.

PREPARATION
Put cucumber slices and salt in a glass or a tin, and muddle.  Add mint sprig, gin, lime juice, simple syrup, and ice, and shake. Strain into a coupe without ice. Garnish with a mint leaf and the drops of bitters and rose water. 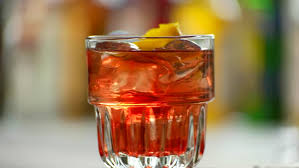 To me, though, nothing says summer (and nothing could be easier) than sweet vermouth on the rocks (or with a splash of club soda if you want to make a lazy afternoon of it). Vermouth originally was used as a medicinal tonic, with spices and botanicals like wormwood (the German “wermut” inspired the name). It’s wine that is aromatized (infused with botanicals) and fortified (spiked with unaged brandy). In the summertime, I really like Cocchi Vermouth di Tornio, from the heart of Italy’s Moscato wine region. They’ve been making vermouth since 1891 and hold a geographically protected AOC designation. Breathe it in, and you’ll you’ll get orange peel and maybe a little chocolate. You’ll taste that, too, along with some sweet raisins and a hint of cinnamon. It’s beautifully bitter on the finish. I also like the vanilla-scented Carpano Antica Formula (invented in 1786). These vermouths have a limited shelf life, so I keep them in the fridge.DIY

A good friend of mine spent her birthday with her daughter making something amazing. 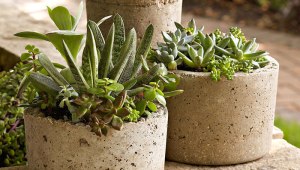 They went to Charlie Thigpen’s Garden Gallery and took a hypertufa class. I’m signed up for one next month with my Birmingham Les Dames d’Escoffier friends. Then we’re going next door to Ovenbird for drinks and light bites.

The folks at Charlie Thigpen’s say, “hypertufa planters are lightweight rustic pots made from Portland cement, peat moss and vermiculite. This combination makes the containers lightweight and porous and favorable for plant growth. They resemble stone and gain beauty with age attracting lichens and mosses.” My friend says it’s lots of fun.

Here’s what you need to know:

There are classes scheduled for June 28, July 26 (August is sold out already), October 18 and September 27. These classes sell out quickly, so book yours right now.

If you can’t get in at Charlie Thigpen’s, Lowe’s has some instructions here to do it yourself at home.

Peaches are among the summer’s truest and best pleasures, and those from Chilton County, in my opinion, are better than all others. 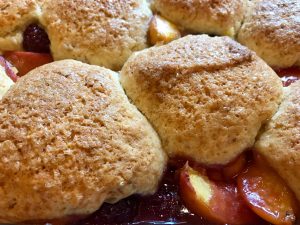 I made this Peach and Blackberry Cobbler with Crystalized Ginger from Bon Appetit for my husband for Father’s Day, and it was a hit. The biscuits are just delicious and look so pretty. And it really doesn’t take much time. If you don’t have time to boil an egg (or just don’t want to), you can get a couple in the to-go section of your local Piggly Wiggly.

Place flour, crystallized ginger, sugar, baking powder, grated egg yolk, salt and ground ginger in processor; blend to combine. Add butter and process until mixture resembles coarse meal. Add 2/3 cup cream and process just until moist clumps begin to form. Turn dough out onto floured work surface and knead briefly just until dough comes together, about 4 turns. Divide dough into 8 equal portions. Shape each into 2-inch ball; flatten each to 3/4-inch thickness. DO AHEAD Biscuits can be made 2 hours ahead. Cover and chill. 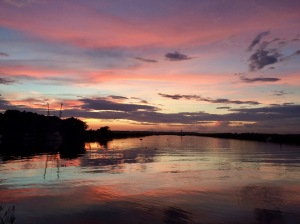 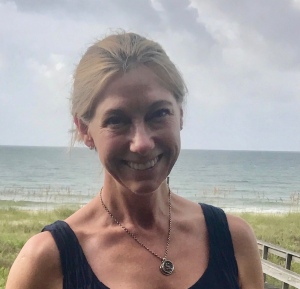